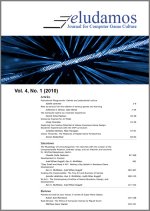 Abstract:
Many games touch upon issues that are related to the postcolonial culture we live in. Be it in the shape of referring to how it has generated ethnic differences, subscribing to (post) capitalist values of winning and gaining, or by employing militarist strategies that have been partly shaped by our colonial histories, cultural notions that are related to our colonial past are often resonant in games.

However, one particular strand of strategy games takes the notions of colonialism as its most central focus. Games like Age Of Empires (AOE), Civilization and Rise of Nations, may differ greatly in certain ludological aspects, but all share a strong fascination with colonial history. Through employing colonial techniques of domination like exploring, trading, map-making and military manoeuvring, players create their personal colonial pasts and futures.

Even though it is evident that such games share an explicit fascination with colonial history, it remains less clear in what way they may be called postcolonial. In this article I will shed light on why and how such games can be called postcolonial and should even be conceived as one of the most significant arenas to express the tensions and frictions that are part of the postcolonial culture we live in. As postcolonial playgrounds they offer the perfect means to play with and make sense of how colonial spatial practices have shaped contemporary culture. I will argue that the very character of digital games as well as the specific game mechanisms of historical strategy games makes them postcolonial playgrounds par excellence.

Contents:
Introduction
The Player as Cartographer
The Practice of Post-colonial Life
Playgrounds

This entry was posted in Article and tagged post-colonialism. Bookmark the permalink.